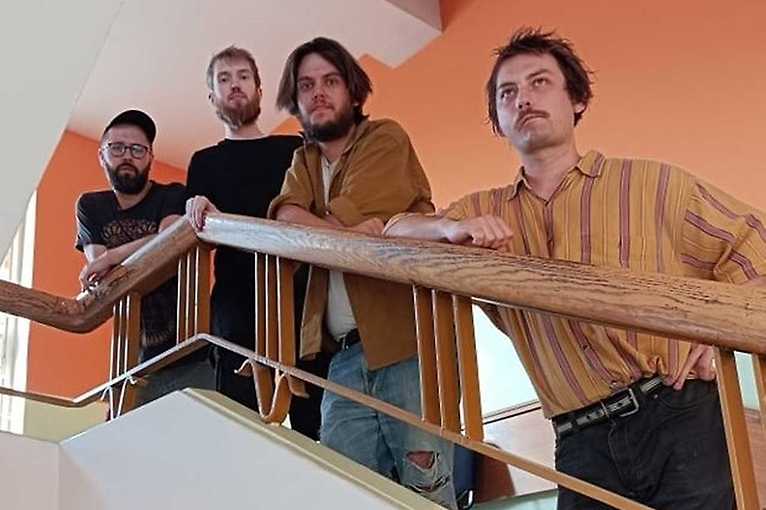 Gołębie and Anatol’s concert at the RE club in Krakow.

The band Gołębie was formed in the autumn of 2015 in Poznań, Poland. In mid-2016 they released their debut minialbum entitled Dachy, which quickly found a sizable fan base and allowed the band to play many intense concerts. The next release was the single September/October, which saw the light in early 2017. Over a year later, the Three Sixes label finally released a full-length album by Doves entitled It’s So Good I’d Feel Better Just Dead. The band’s music has been described as a fusion of noise rock, punk rock, and shoegaze, and many listeners believe it reaches its full power during energetic live performances laced with noisy improvisations. In 2021 Pigeons returned after a long break with a new album and an expanded line-up, but still with the same energy. Anatol, on the other hand, is a band founded by Kuba Malinowski (Złota Jesień, Sierść), Mikołaj Kołaczek (Złota Jesień, Vegetable Kingdom, Dzbany) and Emil Macherzyński (Palcolor). The band’s debut album is called ana and was released in April 2021.