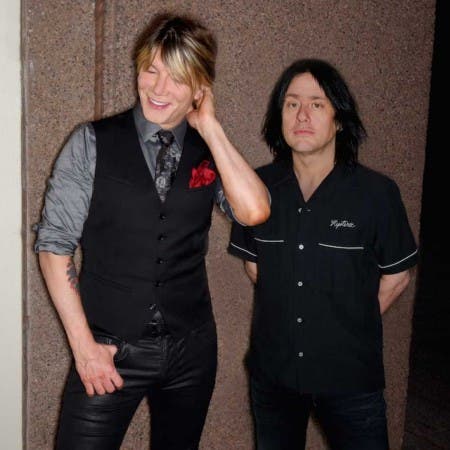 Goo Goo Dolls is an American alternative rock band founded in 1986 in Buffalo. The founders of the band (originally named Sex Maggots) were Johnny Rzeznik, Robby Takac and George Tutuska. The most famous hit of the band is the song “Iris”, which remained on the Billboard list all year long. Currently, the group consists of Rzeznik and Takac.