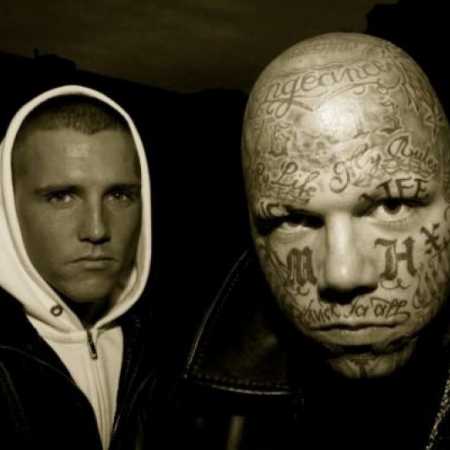 Goodfellas Mafia is a German hip-hop band in which it operates well-known figure, Daniel Gun. Daniel and tattooed face, began to form after the event when he was between the years 2007-2008 with severe problems in the hospital, and there began writing lyrics to the first album under the GFM in 2009. Hard political and criticizing texts accompanied by the album and the band consisting of Daniel and Partisan Gun is among the controversial German rap band and at the same time with his message about promoting veganism and straight edge ideas (refusing tobacco, drugs and alcohol), which in German rap / hip-hop scene is not unusual. GFM is generally positive band and a noteworthy sentence Daniel as "respect, reverence and honor for me, not just empty words, but the principles for my life and death" or "Everything in life do you come back to roost"!