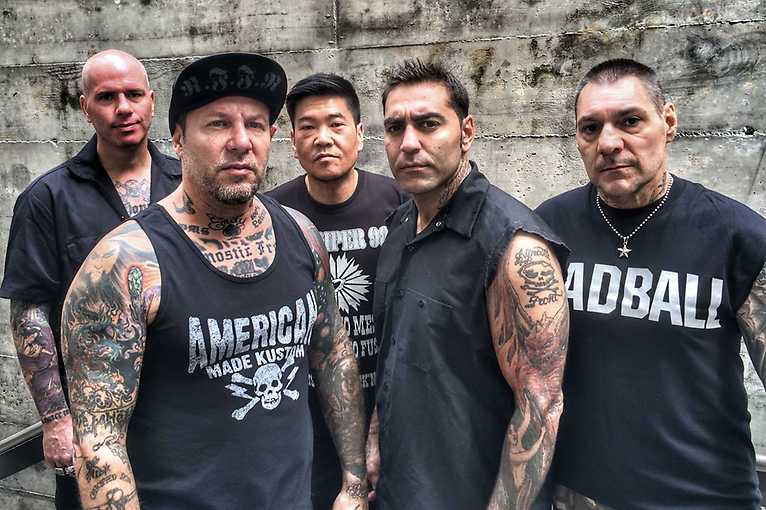 "The Persistence Tour 2020 will take place in Wroclaw.

Gorilla Biscuits is one of the most important bands of the hcpunk scene and pillars of the cult label Revelation Records. In the 80’s they were the protoplasts of the old-school hardcore combined with melodic riffs, complemented by a strongly engaged political and social message. The band was formed in New York by vocalist Anthony Civocelli, bass player Arthur Smilios, drummer Luke Abbey, guitarist Walter Schreifels and guest performer Alex Brown. Although they have not recorded any new albums for many years, from time to time they gather for a few concerts that are always very energetic. Agnostic Front – always in opposition to the political and business establishment, always on the side of the unfairly treated and condemning all evil that happens in the world. And infinitely in love with their hometown of New York, especially at a time when the Mecca for independent bands in the city was the unforgettable “CBGB” club. The H20 was born in the mid-1990s. The singer Toby Morse started his career by going on tours with the legends of Sick Of It All. During the performance of the track My Love Is Real Morse joined the band and jumped on the stage. The reaction of the audience encouraged him to create his own music project. The band has been working in an unchanged line-up for almost 20 years and is one of the most hardworking on the hardcore/punk scene. The compositions of Street Dogs, a band formed in 2002, are a mirror for the socio-political issues in Boston. Its main character is vocalist Mike McColgan, who together with bassist Johnny Rioux remembers the beginnings of the band and works in the Boston fire department on a daily basis. Since 2013, Street Dogs has been stable and apart from the two, there are Pete Sosa (drums), Lenny Lashley (guitar) and Matt Pruitt (guitar). Wisdom In Chains is a hardcore punk band that was born in 2001 in really special circumstances. Initially it was supposed to be an international project. Maarten from Dutch Daredevil contacted Mad Joe Black (vocals) and Richie Krutch (guitar) from Krutch to create a hardcore band with oi! The hardcore legend of Billy Graziadei, without a doubt, is not consumed by racism, hypocritical politicians and drugs. Billy’s legend was born with unforgettable records from Brooklyn’s Biohazard, which still exists today. This Means War! is a melodic punk lined with rock ‘n’ roll fun. Music with which beats joy, passion and powerful energy. Proof of that is their debut EP Sailing The Waves Of Anarchy. The Los Angeles hardcore crew Cutthroat was formed on the initiative of the legend of the hc scene Neil Roemer, who earned his status as a frontman of the Downset formation, which was successfully operating in the 90s of XX century, performing a combination of hard core and crossover. Years later, the vocalist gathered around him friends from different musical worlds, but with a similar view of the world and music.