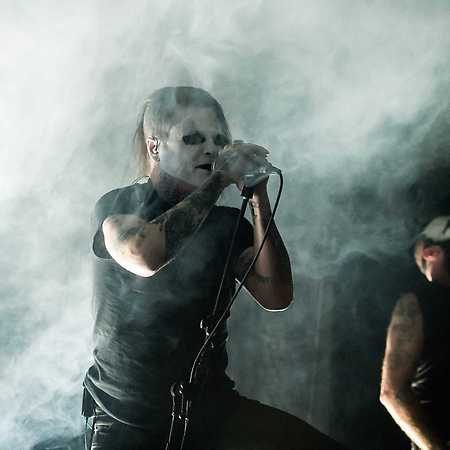 Instead of a biography, GosT uses a quotation from the Old Testament, loves horror classics, and in the photos you can see it in a characteristic mask in the shape of a dead skull. GosT is one of the most interesting synthwave artists, whose music is classified by reviewers as dark synth or slasherwave. The producer comes from Texas and his first love was Kiss. Then he was also fascinated by pop and film music, such as John Carpenter, who is one of his idols. He also creates dark, mysterious, hypnotic and very rhythmic compositions. If anyone would like to start a Halloween dance party, GosT will be a great choice. The album Non Paradisi (inspired by John Milton’s Paradise Lost) received excellent reviews. It was described as "the most nihilistic dance album ever recorded, something between Anaal Nathrakh and Justice. GosT has been a guest at many prestigious festivals. He set up a party at the legendary Dutch Roadburn, among others.