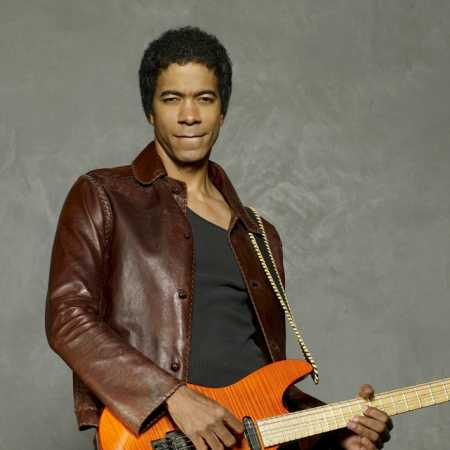 Greg Howe worked with musicians such as Dennis Chambers, Victor Wooten, Richie Kotzen, Jason Becker, Billy Sheehan, Stu Hamm, Simon Phillips, Marco Minneman and Eddie Jobson. He also made a name for himself as a session musician and brilliant sideman for artists like Michael Jackson, Justin Timberlake, Christina Aguilera, Rhianna, Enrique Iglesias and many more. He has appeared at the Grammy’s, American Music Awards, The Tonight Show, The Today Show, The Billboard Awards, Teen Choice Awards to name but a few of his TV appearances.

Howe has also earned a solid reputation as a technical inventor, especially for his use of tapping, unusual rhythms and his legato method. His eponymous debut album Greg Howe was nominated by Guitar World magazine for the tenth-best shred album of all time.

In 2006, on the 20th anniversary of Greg’s career, Shrapnel Records released the Collection – The Shrapnel Years, consisting of some of his best musical moments, such as Bad Racket and Joker’s Wild, as well as the famous Jump Start and the funky Howe `Bout It. The tracks also feature exceptional musicians from the progressive scene, such as drummer Dennis Chambers and Atma Anur, keyboarder Vitalij Kuprij, as well as bassists Billy Sheehan and Victor Wooten and many others.

Greg Howe’s latest album, Wheelhouse, represents the long-awaited return to instrumental music – featuring Greg Howe on the creative scene, and rock legend Richie Kotzen (Winery Dogs, Mr. Big). Greg himself describes this album as the most personal work of his career so far and should raise the bar for guitarists again.