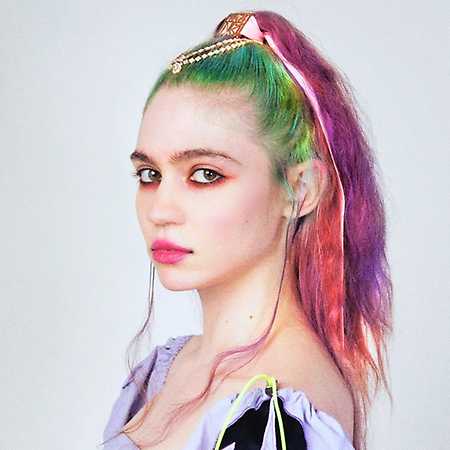 Claire Elise Boucher, known professionally as Grimes, is a Canadian singer, songwriter, record producer and visual artist. Born and raised in Vancouver, Grimes began releasing music independently in the late 2000s, releasing two albums, Geidi Primes and Halfaxa in 2010 on Arbutus Records. She subsequently signed with 4AD and rose to fame with the release of her third studio album Visions in 2012. It produced the singles Genesis and Oblivion, and received the Juno Award for Electronic Album of the Year. Her fourth studio album Art Angels (2015) received critical praise, and was named the best album of the year by several publications. Grimes' music draws on an eclectic mix of styles, including electronic music, synth-pop, R&B, dream pop and hip hop. Her work has been likened to various artists, including Björk, Julianna Barwick, Siouxsie Sioux, and Enya. She was described by Tastemakers Magazine as an “alien love-child of Aphex Twin and ABBA”.