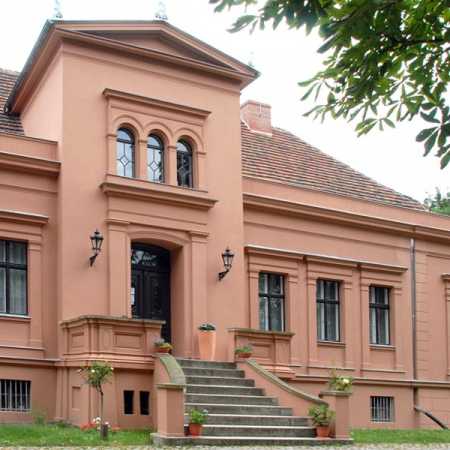 The Gründerzeitmuseum at Gutshaus Mahlsdorf was opened on 1st August 1960 by Charlotte von Mahlsdorf. It is situated at the Berlin district Mahlsdorf at the borough Marzahn-Hellersdorf and hosts Europe’s biggest coherent collection of objects such as music instruments, furniture and everyday objects from the Gründerzeit, the so-called Founder Epoch, that took place between 1870 and 1900 in Germany. It also serves as a shooting location for films and tv productions as well as for theater plays and for weddings. The collection is supervised by the association Förderverein Gutshaus Mahlsdorf. The program of the museum reaches from garden fairs at the adjoining park that is recreated in the condition of 1880 to local historical talks and a Gründerzeit market.