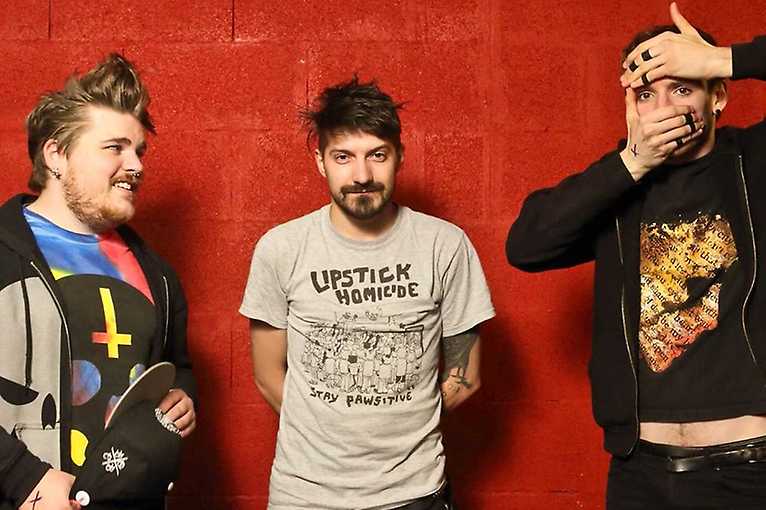 The Parisian band Guerilla Poubelle is one of the veterans of the punk scene in France, and unlike many other francophone bands, they are well connected internationally, playing in the US and Japan and also repeated shows in Germany. In collaboration with Red Scare Records from the USA, La Nausée was the fourth album of the formation founded around 2003 by singer and guitarist Till, who also runs the label and the mailorder Guerilla Asso. It is one of the first punk records to respond to the election victory of Macron in France, with En marche they announce clearly what they think of the neoliberal-inspired “revolution” of the young president.

Musically, the guys from Pommes oder Pizza see themselves somewhere between 70’s Brit Punk, 80’s German Punk and 90’s US skate punk. Of course, some offbeats should also not be missing. Their songs are sung mainly in German, and tell from everyday insanity to sociocritical or political topics.