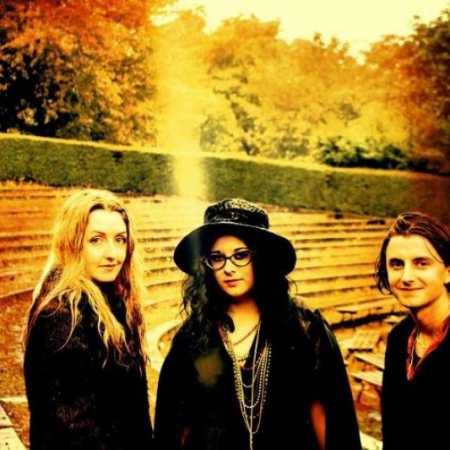 Prague audiences were introduced to this band under the patronage of United Islands this January at the Palác Akropolis, bringing joy especially to those who are missing the free and roaming spirit of “the flower power 1960s”. Haight Ashbury, born and bred in Glasgow, undoubtedly rank among the most authentic bands in alternative folk and psychedelic music. The name of the group is inspired by the legendary San Francisco district which was the center of the hippie movement in the 1960s. Music reviewers describe their work as if Velvet Underground performed as the background band to The Mamas & The Papas, adding a bit of Joni Mitchell and Jesus and Mary Chain. The hallmark of Haight Ashbury are pop-music songs with a baroque touch that give intensive, naturalist sound.

The trio are siblings Scott (guitar, vocals) and Krity (bass guitar, vocals) with their best childhood friend, Jen (percussion, vocals). The band met in 2—7 and after the first public venues had an opportunity to perform at large festivals, such as T in the Park and Connect. Their songs have made their way to the airwaves of the BBC and other music station in Europe and the USA.