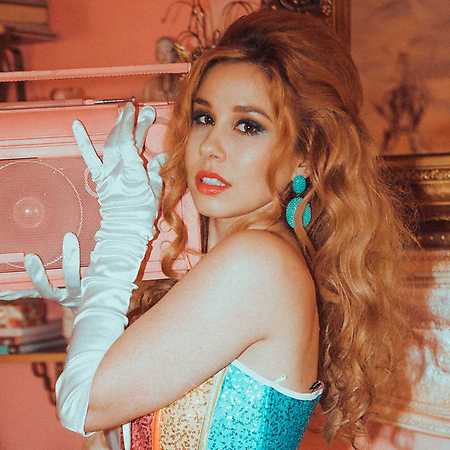 Haley Reinhart is an American singer/songwriter and voice actress from Wheeling, Illinois. She first rose to prominence after placing third in the tenth season of American Idol in 2011. Her debut album Listen Up! was released in 2012 and garnered significant critical acclaim, debuting at 17 on the Billboard 200 chart. She subsequently became the first American Idol alumna to perform at Lollapalooza. In 2015 she garnered widespread recognition for performing and touring with Scott Bradlee's Postmodern Jukebox. Her most notable collaboration with the band on a Jazz cover of Radiohead's Creep spent 58 consecutive weeks on Billboard's Jazz Digital Songs chart and received critical acclaim. In the same year, she gained additional notice when her cover of Elvis Presley's Can't Help Falling in Love, which was used in a commercial for Extra Gum, became a viral sensation, peaked at number 16 on the US Adult Contemporary chart, and was later certified Platinum by the Recording Industry Association of America. In 2016 she won a Cannes Lion for Entertainment and a Clio Award for the song. In 2015 she made her voice acting debut as Bill Murphy in the Netflix animated comedy F Is for Family and reprised the role as a main cast member in the series' second and third seasons.