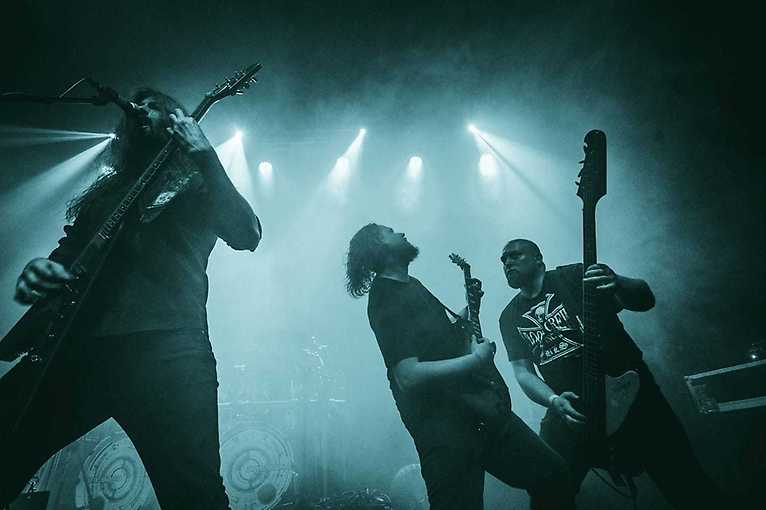 Three years after the successful first edition, Halloween Metal Massacre, signed by the Warsaw-based band Hellhaim, is back on the boards of the capital’s Potok. This year: a mix of extreme and heavy metal on steroids.

Ragehammer – the band returns with the album Into Certain Death, the contents of which are 10 chunks of sonic violence of varying pain inflicting intensity in a characteristically honest and brutal blackened thrash metal style, a consistent development of the path taken since the band’s inception. Hellhaim are an uncompromising crew from the capital, who knocked out the world in 2017 with the powerful album Slaves of the Apocalypse. Speed, powerful riffs and capital vocals are the advantages of this crew. At the concert we will hear a lot of new songs, intended for the upcoming second album of the band, planned for March 2021. Roadhog, one of the most distinctive Polish heavy metal bands, which has already managed to gain recognition abroad, will also play this evening. The gentlemen will present a repertoire from their two albums and, probably, a few novelties that will be included in their next record. It will also be the official debut of their new drummer on Warsaw soil. Death Has Spoken is a project that started in 2017 in Bialystok. The band consists of musicians who have been active in the metal underground music scene of Podlasie for many years. Doom metal with clear influences of black, death doom and funeral doom. Recently they released a split with Tankograd and Sun No More. They are about to enter the studio to record material for their second full-length album. Terrordome is a thrash metal quartet from Krakow. The band has been actively playing in Poland and abroad since 2005, including tours in Asia and South America. Warfist, the last band in the line-up, was founded in 2004 by Witchfucker and Mihu, who were soon joined by Wrath and Pavulon. The premise of the band from the very beginning was to play dirty and aggressive blackened thrash metal based on the pattern developed by bands such as Bathory, Slayer, Venom and Sodom.