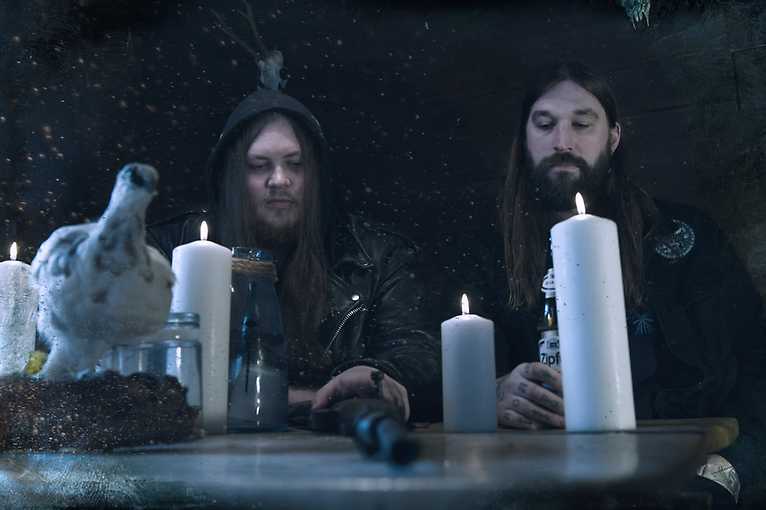 Harakiri For The Sky + Schammasch + Gaerea

Harakiri For The Sky will return to Poland accompanied by Schammash and Gaerea.

Since 2011 the gentlemen M.S. (all instruments, main composer) and J.J. (vocals, lyrics), based in Vienna, have been exploring atmospheres built of depression, darkness, hypnotism, which they blend into a black metal context. Unlike other Austrian masters, such as Pungent Stench, Belphegor or Abigor, who drown in the pitch of hell or immerse themselves in perversions, for Harakiri For The Sky mood plays a huge role. The duo builds it more and more carefully from album to album, including other, often surprising elements.

Schammasch is first of all the music and its occult, ritualistic, meditative, mystical, nihilistic atmospheres that strike a hypnotic fear into the listener. Apart from the black ones, one can easily trace traces of death metal, broadly defined alternative and illustrative music on the albums of the Swiss. In 2017, Schammasch produced the incredible 100+ minute conceptual colossus Traingle, which made quite a buzz about the band. They outdid themselves on their next production, the fall 2019 album Hearts of no Light, which was recorded with classical pianist Lillian Liu and Aldrahn, known from Thorns and Dødheimsgard.

Cathartic black metal. This is how Portuguese band Gaerea, existing since 2016, describes their music. The quintet is quite mysterious, because even the information bible of the underground, namely Metal Archives, does not give their personalities. Neither does the prestigious label Season of Mist, for which the band records. They hide their faces under black hoods bearing a mystic sign. In Gaerea’s black metal, which is sometimes compared to Season of Mist and Kriegsmaschine, there is no lack of powerful, uncompromising beat, neither melody, nor dark, sometimes even cathedral-like sublime atmosphere. Sublimity in the case of the Portuguese is an announcement of the fall of mankind into emptiness, an endless abyss devoid of hope. According to them, nothing more awaits us. In the spring of 2020, the music video Set The Eyes On Fire Blazing Red appeared, announcing their second album Limbo.

Harakiri For The Sky  Heroin Waltz