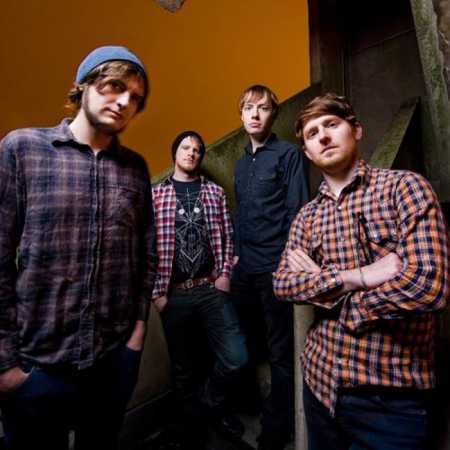 Hawk Eyes are from Leeds in England. The members are Paul Astick (vocals / guitar), Rob Stephens (guitar), Ryan Clark (bass) and Steve Wilson (drums) and operate around since 2005. Late 2011, he became the Hawk Eyes breakthrough year, when they were nominated for Best Hard Rock Act at the Artrocker prices, made a tour with Turbowolf, The James Cleaver Quartet and Ginger Wildheart and pětipísňové released EP 'Mindhammers' on the label Brew Records, manic precise fusion of fire nakopnutých melodies and riffs that are inaccessible to many reminiscent of bands like Foo Fighters, QOTSA, Alice In Chains and Faith No More monstrzvuk. This band blossomed - their debut album 'Ideas' of 2012 is an example post anything you can think of. It is a modern, hardcore, music from Mars full of familiar riffs. – Translated by Automatic service