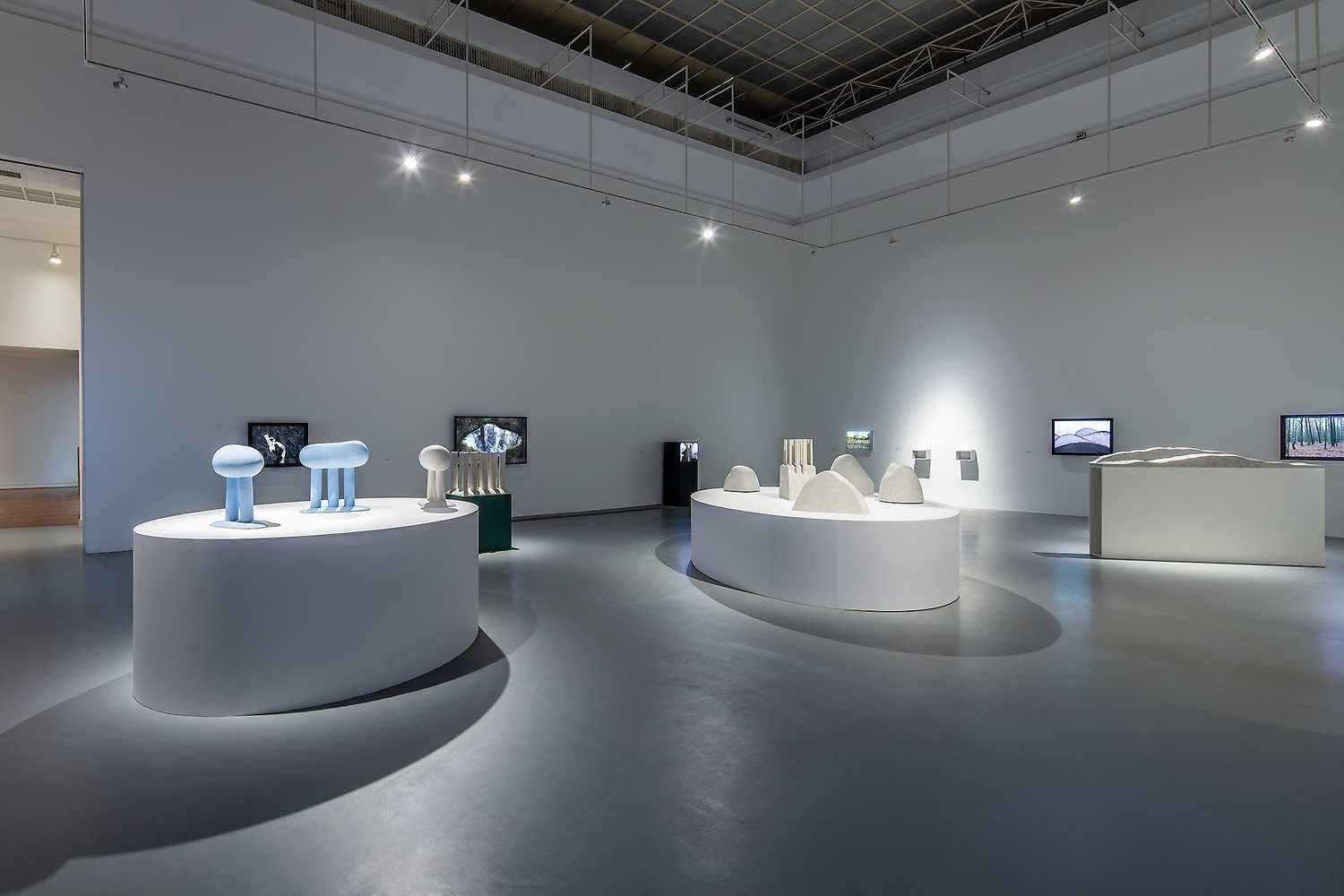 The exhibition of works by Hege Lønne, a Norwegian artist with ties to Poland, presents sculptures, installations, video works and documentation of artistic activities from various periods of her career. The exhibition is complemented by unpublished photographs of Warsaw — colour slides from the period of transformation of the 1980s and 1990s — and animated films. The oldest works in the exhibition — sculptures made in Norway and Poland in the 1980s — are the results of experiments with both the material and the medium of the sculpture. They fit into the notion of expanded sculpture — sculptural performative actions and open sculptural arrangements recorded in series of photographs. The main axis of the exhibition are sculptures created using an original method of working with plaster. In many of her pieces, the artist, fascinated with Central and Eastern Europe, looked at Poland through the eyes of a visitor.

Hege Lønne (1961–2018) lived and worked between Poland and Norway, drawing inspiration from these two different cultural circles. She studied at the Kunstakademiet in Trondheim and then at the Academy of Fine Arts in Warsaw, in the studios of Jerzy Jarnuszkiewicz and Grzegorz Kowalski. She made her debut with an individual exhibition at the Foksal Gallery in 1986. From the beginning of her artistic career, she consistently created sculptures and installations. As part of her debut in Poland, she showed, among others, sculptural and relief works made from concrete and iron, composed into installations, whose spatial layout changed during the exhibition. In the 1980s, she experimented with material, form and space, which was accompanied by the showing of the creative process itself, understood as a conceptual attitude. The 1990s were a decade of working with a series of landscapes, most often created in plaster, which included the representation of various terrain formations. The artist used such modules to compose spatial landscapes and presented them on pedestals and shelves. Sometimes she included objects in her landscapes, such as a sleeping bag, a thermos, or postcards featuring the mountains of Norway. In addition to the mountains, the forest motif also played a key role in her oeuvre.

Since the 1990s, Hege Lønne took up the subject of ecology — one of the most burning problems of our time. Many of the artist’s pieces, including her interventions within the natural landscapes transformed by people, resonate with the topics of the human–nature relationship, global warming, geological processes and the wealth of natural resources. The secret-filled nature manifests in them as an unbridled force which humanity is trying to subjugate at all costs. Lønne’s oeuvre, which the exhibition at Zachęta recalls, is a voice for maintaining balance between the selfish actions of humans and the functioning of the planet.