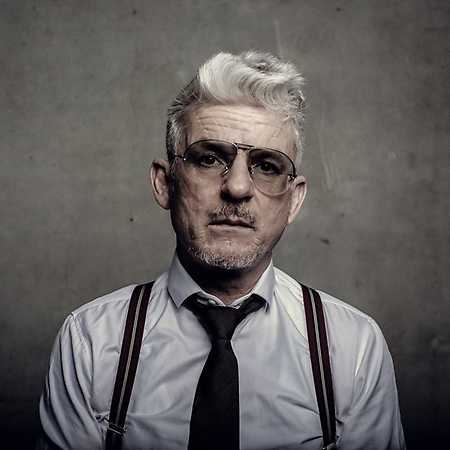 Heinz Strunk, who is actually called Mathias Halfpape, is is a German entertainer, author, actor, musician and member of comedy trio Studio Braun. He can play the saxophone, flute, accordion and keyboards.
His debut novel Fleisch ist mein Gemüse(Meat is my vegetable) was sold more than half a million times. It was adapted into an award winning audiobook, a theater play and a movie. His following books became bestsellers as well. His 2016 novel Der goldene Handschuh was nominated for the Leipziger Buchpreis and received the Wilhelm-Raabe-Buchpreis. The movie adaptation was directed by Faith Akin. In 2017 his novel about his alter ego Jürgen was published and the movie adaptation, in which he plays the main role, was awarded with the Goldene Kamera.
From 1985 to 1997, Strunk was a member of the band Tiffany’s with which he toured through Northern Germany.
As an actor he has starred in movies such as Immer nie am Meer and Fraktus or the TV series _Mord mit Aussicht.