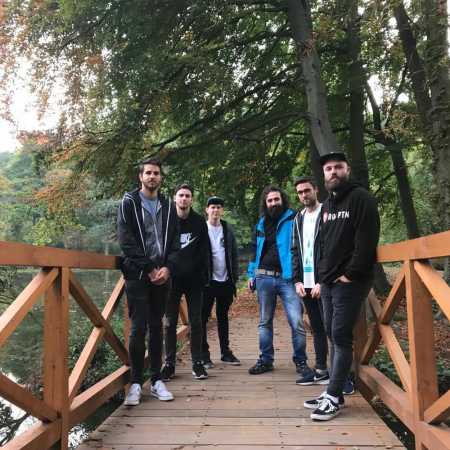 About Here Stands A Hero

Here Stands A Hero is a heavy music band from Lier, Belgium. The band released their EP Hollow Hearts in early 2016. With this release and their strong live performances they’ve made themselves known and had the opportunity to share the stage with several international bands. Being influenced by many different bands & genres, HSAH tries to differ themselves from other bands by making music which doesn’t fit just one genre. Therefor the best way to describe their songs is as ‘heavy music’.