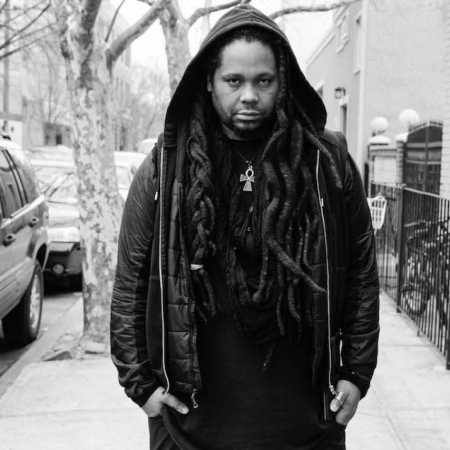 Hieroglyphic Being ‎  The Fourth Dimension

Jamal Moss has long been a part of the Chicago house/techno scene as both a promoter/producer and DJ. His futuristic, abstract compositions are influenced by free jazz and industrial as well as techno and house. His recordings emphasize spontaneity and creativity over studio polis hor accessibility, resulting in a rough, dirty sound that shakes your legs. Although he has released dozens of albums and EPs, in 2015 Hieroglyphic Being collaborated with the Sun Ra Arkestra's Marshall Allen, drummer Greg Fox, vocalist Shelley Hirsch, and several other musicians under the name J.I.T.U. Ahn-Sahm-Buhl, producing the album We Are Not the First (Rvng Intl.), which received much acclaim from the underground music press.