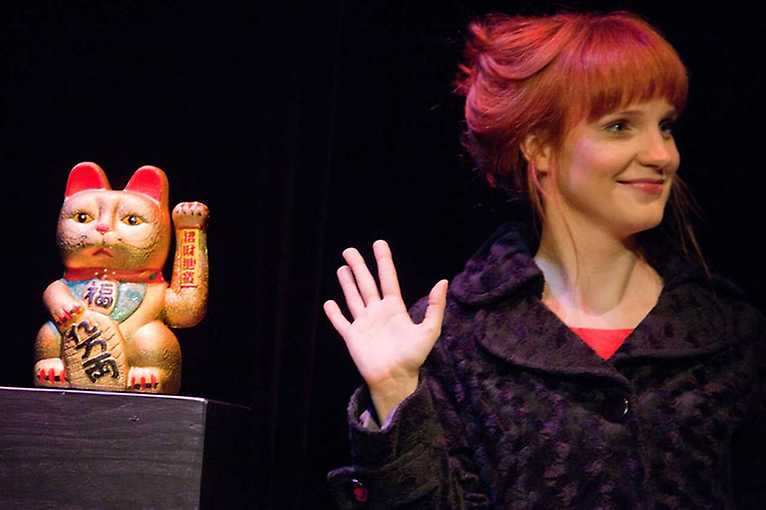 An abstract comedy with elements of black humor. Five women, five extremely different characters. They met during a Spanish course. They have planned a joint evening at one of them to polish their conversations. An official devotee, a housewife bored with her marriage, a shy conformist, a rebel and a liberated artist meet under one roof. They will tell each other much more than they know how to do in Spanish. With enough wine, the initial shyness and language difficulties disappear, and a wild girl’s party begins.

Witty dialogues, spicy jokes, sharp criticism of stereotypes existing in our society and a surprising finale create a 90-minute explosive mixture. The text of Spanish Party won the main prize in the Contest for a theatrical script, announced by Teatr Współczesny in Krakow. It is the playwriting debut of Piotr Subbotko, a film screenwriter. Based on this idea, the author created a film script entitled. The premiere of Spanish Party took place in 2006 in the former Oskar Schindler’s Emalia Factory. Now you can see the play with a changed cast, with new music, adapted to the intimate space of the stage in Starowiślna street. Performance for adults only