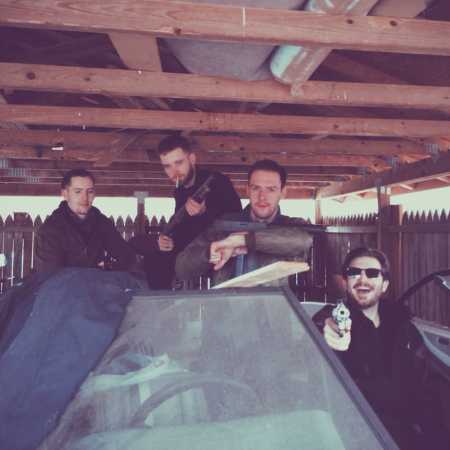 After their great debut At Hope's Ravine, the second album Television/Sweet of the Glasgow post-punk band Holy Esque will be released this summer. The new work explores darker, almost catharsic corners of their sound and is a profound response to the ever-changing world in which we live. The focus of Television/Sweet is, in short, the feeling of being completely disconnected in a reality of hyper connectivity.

Holy Esque was founded in 2011 in Glasgow. Frontman Pat Hynes and keyboarder Keir Reid both grew up in East Kilbride, a Lanarkshire town famous for its brutalist post-war architecture and birthplace of The Jesus And Mary Chain. Keir Reid met future drummer Ralph McClure at the well-known Glasgow School of Art, and eventually Hugo McGinley joined on guitar and the quartet was complete. With their sound, Holy Esque is partly reminiscent of the early Simple Minds, but also bands like U2, Echo & The Bunnymen, Interpol and The National. A special feature of the band is, besides their dynamic sound, above all the expressive, always direct and unmistakable singing style of Pat Hynes.