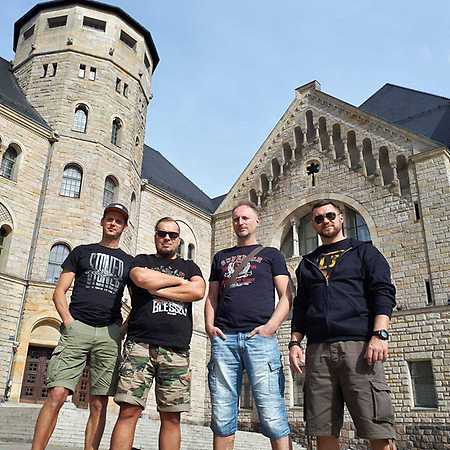 Holyguns is a rock band from Strumień. The band has played dozens of concerts in the biggest Polish music clubs all over the country in recent years, repeatedly performing alongside famous Polish rock stars. In 2015, Holyguns won the review of the bands of the SFART Streaming Art Festival. As part of the main prize, they ended up in dmb studio, where they made recordings for the album Blizny.