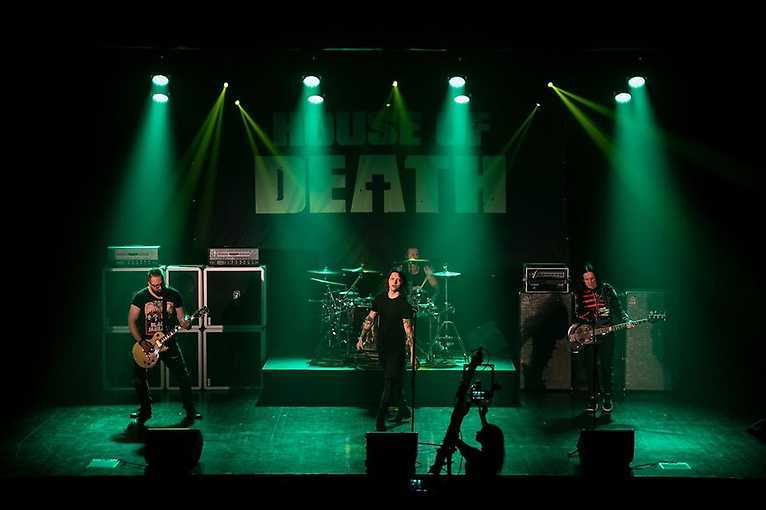 Concert of the band House of Death as part of the „Back in the Saddle Tour 2020”.

House of Death is a heavy rock quartet founded in March 2019 on the initiative of guitarist Adam Bielczuk known from such bands as Nikt or Anti Tank Nun. Adam was joined by Titus from Acid Drinkers and the gentlemen started composing songs for their debut album. Soon later they were joined by drummer Bogumił “Mr Bo” Krakowski and Juan Carlos Cano, winner of one of the Voice of Poland editions.