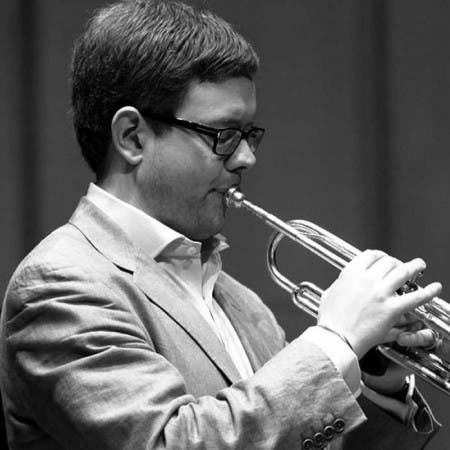 The British trumpet player Huw Morgan won the Prague Spring International Music Competition in the year 2016. He has collaborated with the London Symphony Orchestra, the BBC Philharmonic, and the Academy of St Martin in the Fields, and he has given recitals in halls including Wigmore Hall, the Purcell Room, and Bridgewater Hall. He is a passionate proponent of contemporary music, of which he gives frequent world premieres. In addition to his solo recordings, we can hear him on the soundtrack to the film Me and Orson Welles (2008), which was nominated for a BAFTA award.