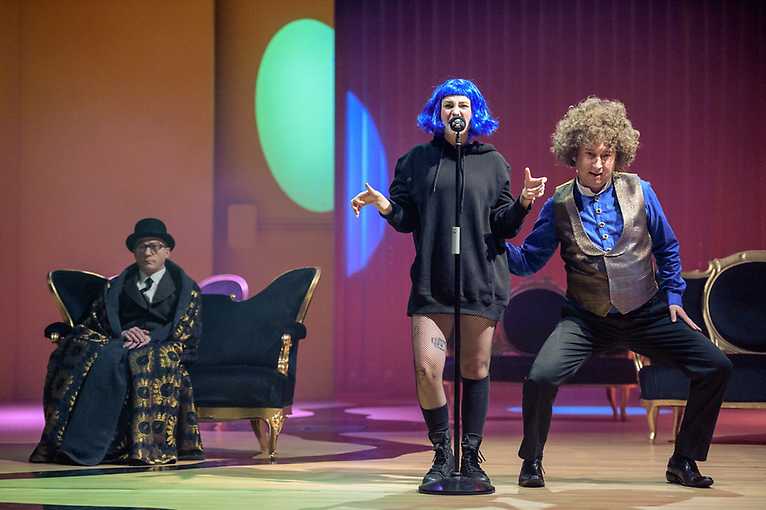 I am a Country

Je suis un pays (I am a Country) is the first published play by Vincent Macaigne, a distinguished French actor, theatre and film director, screenwriter and playwright. Based on an eponymous production, which the artist presented to acclaim within a tour of Europe, it deals with the myth of the birth of a nation and state.

Telling a story of a kingdom and a family saga, the play begins when everyone wants to kill the ruler, symbolising a dictatorship whose knell rang long ago. Although set in an unknown country, an unknown monarchy, there are constant references to the contemporary world.

In his work, Macaigne employs quotations of Nicolas Sarkozy’s speeches and Thomas Bernhard’s plays, hints at Donald Trump, while mentioning perhaps all the countries on our planet. The land depicted in the play is fictitious and remote, but one that is dangerously connected with us. Macaigne reveals a society that is not capable of transforming, turning in a vicious circle of damnation and failure. The play features numerous pop songs, with its characters including charming journalists, debonair news presenters, as well as witty and smart politicians. In the final analysis: notwithstanding the topics being politics and the incorrigible human spirit, entertainment is essential.