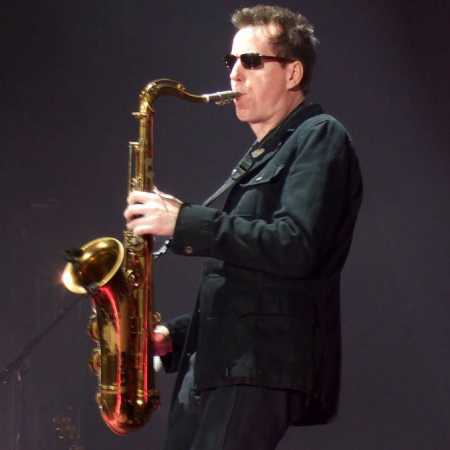 Ian Ritchie is a producer and multi-instrumentalist based in the UK. While working on a chemistry degree at Liverpool University in the late 1970s, Ritchie played saxophone in Deaf School, a theater-rock group that was signed to Warner Bros until disbanding in 1979. He then played in glam rock and techno-pop groups (Fame, Haze, The Shunters, African High Life Band), and played sax on tour with Jane Aire and the Belvederes. In the early 1980s, together with vocalist Berenice “Miss Bee” Nally, he released three electronic disco singles on CBS under the name Miro Miroe. The rest of the decade saw him working in studios as an arranger, programmer, producer, and session musician for many artists, including Steel Pulse, Godley & Creme, Gary Numan, The Beach Boys, Dead Or Alive, Murray Head, Steve Hillage, Howard Jones, Wham!, Robbie Nevil, David Sylvian, Roger Waters, Laurie Anderson, Soho, and dozens of others. While dabbling in techno in the early 1990s, he developed an interest in ambient styles, which led to his current, part-time career as composer of commercial and television themes. In 1994 he created the title theme for the Lonely Planet/Pilot Guides/Globe Trekker adventure travel series, establishing a signature sound for the long-running program, which continues to feature his original compositions. He also plays live ambient gigs on occasion, and plays saxophone in a contemporary jazz group called Ian Ritchie’s SOHO Project, as well as in his wife’s band, The Holly Penfield Quintet.