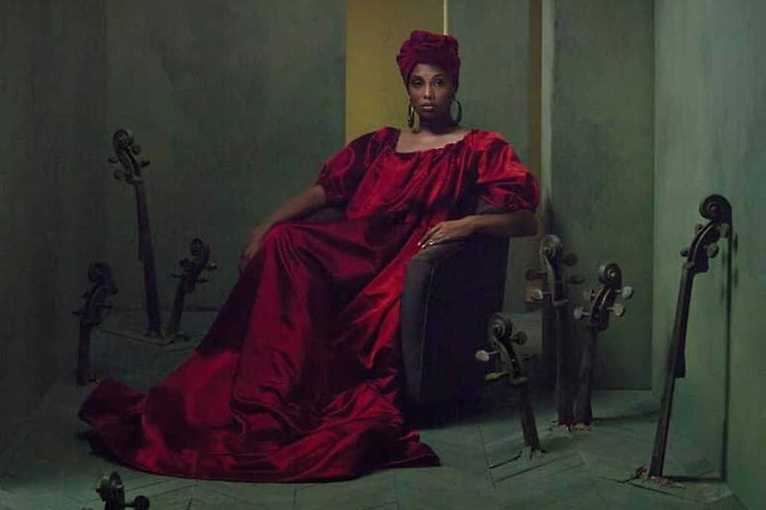 Imany sets off on a tour accompanied by an orchestra of eight cellos. Voodoo Cello is a performance that tells the story of a mysterious priestess, using pieces from Radiohead, The Beatles, Donna Summer, Bonnie Tyler, Madonna or Bob Marley. For the last ten years Imany has enchanted the Polish audience with her voice. Her singles, such as You Will Never Know or Don't Be So Shy have reached the top of the radio charts, and the album The Shape of a Broken Heart has gained the status of a triple Platinum Record.

The artist describes her latest tour in the following words: "Voodoo Cello" is a performance that combines eight cellos and a voice singing cult hits of pop music on the same stage. Without any special effects, completely natural. All well known songs have been re-arranged, enchanted by the cellos that support me on stage. I appear there as a voodoo priestess, a character completely invented and inspired by different cultures. I use well known melodies to tell her story. Voodoo Cello is a mystical journey of a woman endowed with magical powers. Her songs tell the story of her life, fight against darkness and the way to light. In order to reach her, the priestess has to fight the demon that lives in her. She creates her own dances and rituals that help her achieve inner peace.

For the tour, the costumes for Imana were prepared by the creative director of French fashion house Balmain, Olivier Rousteing. Eugenio Recuenco, working with Vogue Espana, Vogue UK, Vanity Fair, Saint Laurent, Playstation, Lavazza and Motorola, is responsible for the set design. His works have been exhibited all over the world, including Spain, Madrid, Paris, London and China.

Imany  There Were Tears