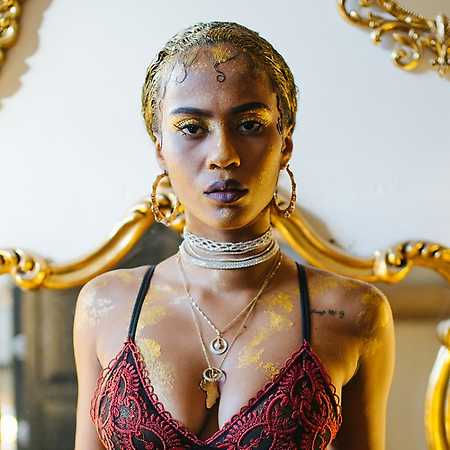 Diana De Brito is a British musician releasing music under the IAMDDB moniker. IAMDDB is an acronym for "I am Diana De Brito". She describes her music as urban jazz.

Diana De Brito grew up in Manchester, her fahther was a musician. She has been composing and producing music professionally since 2015 after starting to be interested in composition as early as the age of seven. Diana De Brito spent several months in Angola, where her father was from, and explored the local jazz music. After returning to England her music career got new energy and she managed to land on the third place of BBC's Sound of 2018 list.