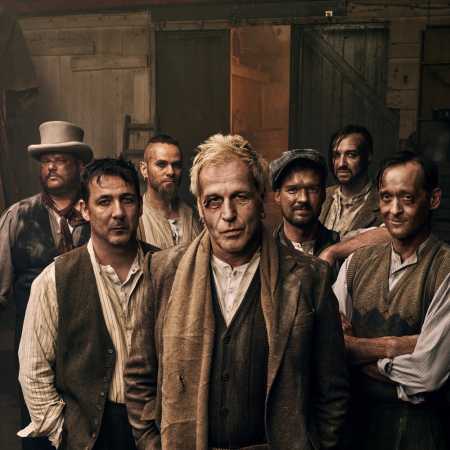 In Extremo is a German band whose musical style can be discribed as medieval rock. The group of seven was founded in Berlin in 1995. In Extremo emerged from two initially independent projects: a nameless medieval band and a rock band. The formation became known for its frequent presence on medieval markets and other events. After their self-titled debut in 1996, the band released other albums such as Sünder Ohne Zügel (2001), Sterneneisen (2011) or Quid Pro Quo (2016).