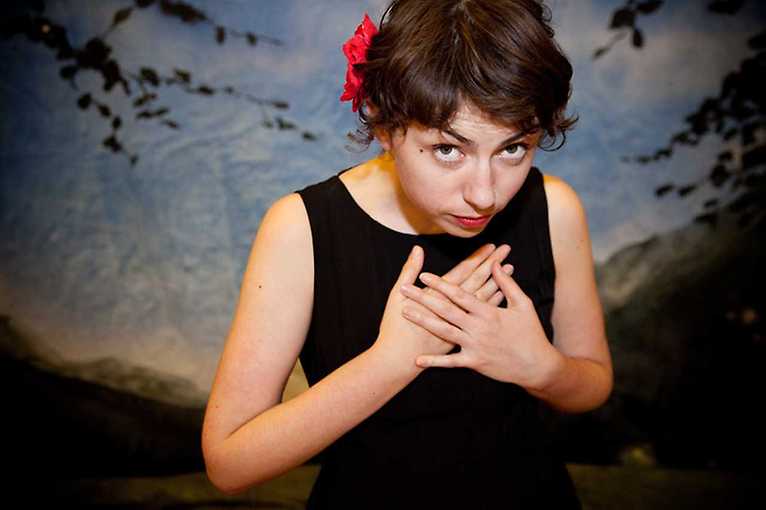 Clare Muireann Murphy invites you into a landscape that is beautiful but bathed in blood. To Inisfail, a mythical Ireland where gods in golden halls drink the milk of a mythical prakrow, children heal kings, fathers fight sons, and strong, athletic monsters spit in the faces of the prophets themselves. This is a contemporary interpretation of Irish invasion myths told with verve and wit. Clare Murphy is an Irish storyteller who has worked with various cultural institutions and theaters such as the Globe Theater, the Royal Shakespeare Company and the Crick Crack Club. She is known for her lively storytelling style and contemporary interpretation of old mythological themes. She readily draws on gag, theatrical techniques. She specializes in myths, legends, wisdom and magic stories. Conducts workshops for storytellers and in communication and public speaking.

The performance in English, with elements of translation, performed by Agnieszka Ayşen Kaim.

Sale ended Save Saved Loading
Hero(ine): Myths in the rhythm of hip-hop Warszawa, The Mazovia Institute of Culture Fri 19/11/2021 11:30

Sale ended Save Saved Loading
Hero(ine): Myths in the rhythm of hip-hop Warszawa, The Mazovia Institute of Culture Sun 21/11/2021 21:00