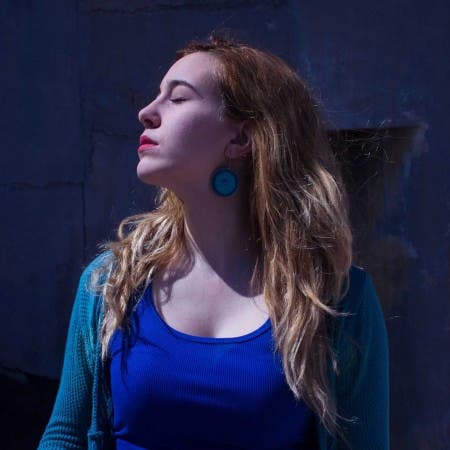 Ipek Gorgun is an electronic music composer and sound artist from Turkey.
As one of the participants of the Red Bull Music Academy in 2014, she performed in Tokyo as an opening artist for Ryoji Ikeda’s Test Pattern No: 6 and joined Otomo Yoshidide for a collective improvisation project.
She sang and played bass in the band Bedroomdrunk and released two EPs with them, entitled This is What Happened (2003) and Raw (2007).
Her debut album Aphelion was self-released in February, 2016 and was reissued by Touch in December, under the TOUCHLINE catalogue. In 2017 she released a collaborative album from Halocline Trance, with Canadian producer Ceramic TL (aka Egyptrixx) entitled Perfect Lung, and a mini-album with the Italian electroacoustic duo, Alberi on Floating Forest Records.
​Aside from many performances following these albums, she also performed in Sonar Istanbul (2017), BBC Radio 3’s “Open Ear” at LSO St. Luke’s (2018) and opened for the Royal Philharmonic Orchestra in Oggimusica Acousmonium with an electronic rework of Igor Stravinsky’s The Firebird (2018).
​Ipek Gorgun also practices performance, street and abstract photography. She won the IPA honorable mention award in 2013-14 with her work entitled Bubblegun Daydreamer and in 2013, she worked as the advertisement photographer for Contemporary Istanbul Art fair.