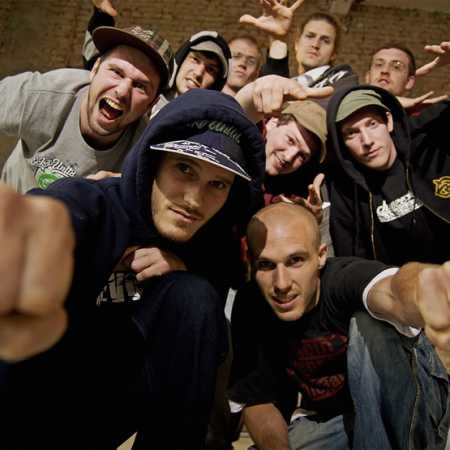 Irie Révoltés is a band from Heidelberg, Germany. Among its nine members, the brothers "Mal Élevé" and "Carlito" have French origins. For this reason many song lyrics are in French. The word “Irie” derives from the Jamaican creole language Patois and can be loosely translated with “positive” or “happy”, whereas “Révoltés” means "rebels" in French. Their songs have both French and German lyrics, which deal with controversial social issues. Their music is mainly influenced by genres like reggae, dancehall, ska, punk electro and hip-hop.