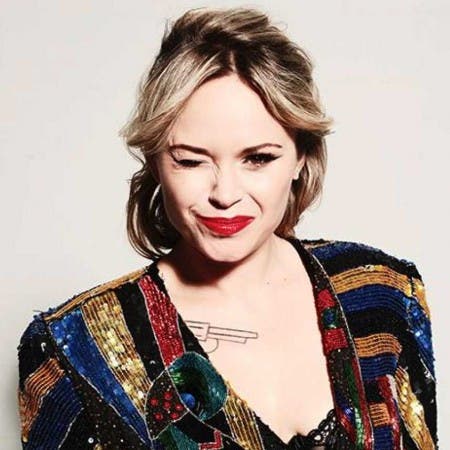 Izabela Kowalewska – Polish singer and songwriter. She is a graduate of the Academy of Music. Grażyna and Kiejstut Bacewicz in Łódź and the Warsaw State Jazz School in the singing class. In 2002, Kowalewska joined the Muzykoterapia band, along with which she recorded two studio albums: Muzykoterapia and Piosenki Izy. In October 2013, she released her debut solo album entitled “Devil gave me you,” which was promoted by the single Tango D N A and the title song Diabeł mi daje gave. The singer cooperated with such performers as Fisz, Envee, Medium, Novika, Czarny HIFI, Krzysztof Kiljański, Adam Strug, Sebastian Karpiel-Bułecka and Bernard Maseli.