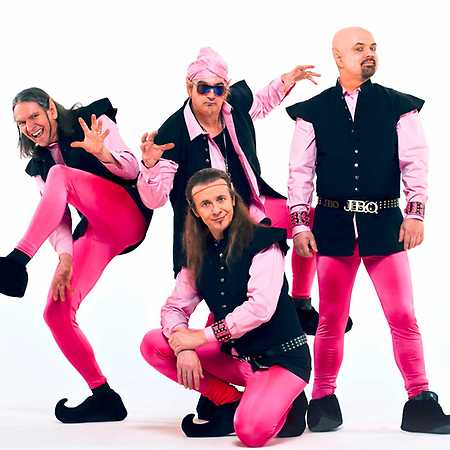 J.B.O. is a heavy metal band from Erlangen, Germany. J.B.O. was founded in 1989 by Vito C. and Hannes "G.Laber" Holzmann and is known for parodies of rock and pop songs. The band has written more of its own songs since 2000, but continues to produce parodies, which they refer to as Blöedsinn – an intentional misspelling of "Blödsinn," which means "nonsense" or "stupidity" in German.

The original name was James Blast Orchester but they shortened this to J.B.O. in June 1996 after James Last threatened legal action.

The Patrizier brewery of Nuremberg earlier threatened to sue J.B.O. for slander. The band have since changed references to "Patrizier Bräu" in their lyrics to "Pariser Bier" (Parisian beer).