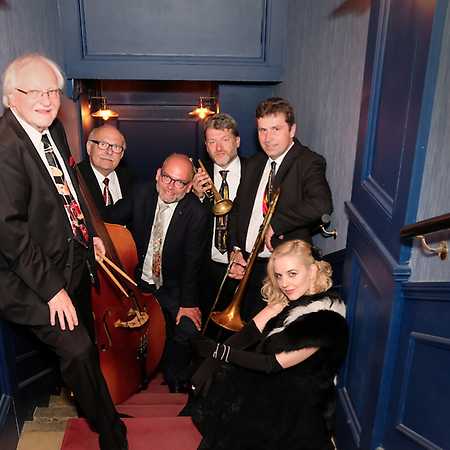 JJ Jazzmen been performed successfully at many locations around the world. In March and in June 2000 he performed in Prague and Berlin with JJ Jazzmen special guest, former Armstrong teammate, a member of the “All Stars”, clarinetist Joe Muranyi. The following year the group J.J. Jazzmen had the honor to have been invited directly into the “cradle” of jazz and the birthplace of Louis Armstrong’s famous “New Orleans Jazz & Heritage Festival”, where she performed the third 5th 2001. Occasionally, the group sings Martina Bártová and sometimes special international guests such as Denise Gordon in November 2012 and 2013, Mike Fulton in July 2013 or Evan Christopher in November 2010.