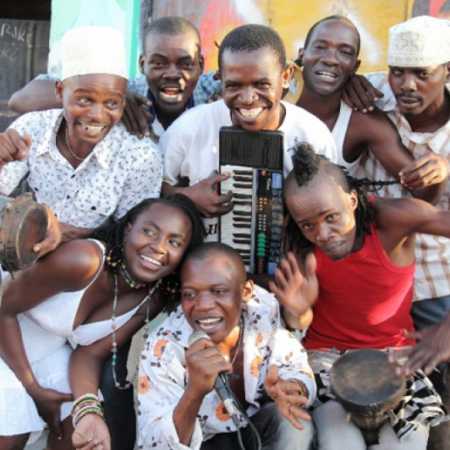 Group Jagwa Music from Tanzania combines strong African rhythms with a rural street subculture. Its minimalist cast combines archaic drums with keyboards from the supermarket, which, while reminiscent of children’s toys Casio, but the result, known as afro punk and rap trance has dimension disaster. Although the local bars and clubs ignore the group, climbed to a total of 4 years of the international festival of African music Saute for Busara in Zanzibar, which led to an invitation to megafestival Danish Roskilde. Their triumphant, more than two-hour concert turned into a wild party ended at dawn at 4 am. Members of the group live on the streets of Dar es Salaam as a black taxi drivers, for Push-colleague arrested by police or chasing customers for a few shillings into microbuses. Tools to seize the afternoon, when they have earned, on street concerts taking place megaphone PA system. – Translated by Automatic service