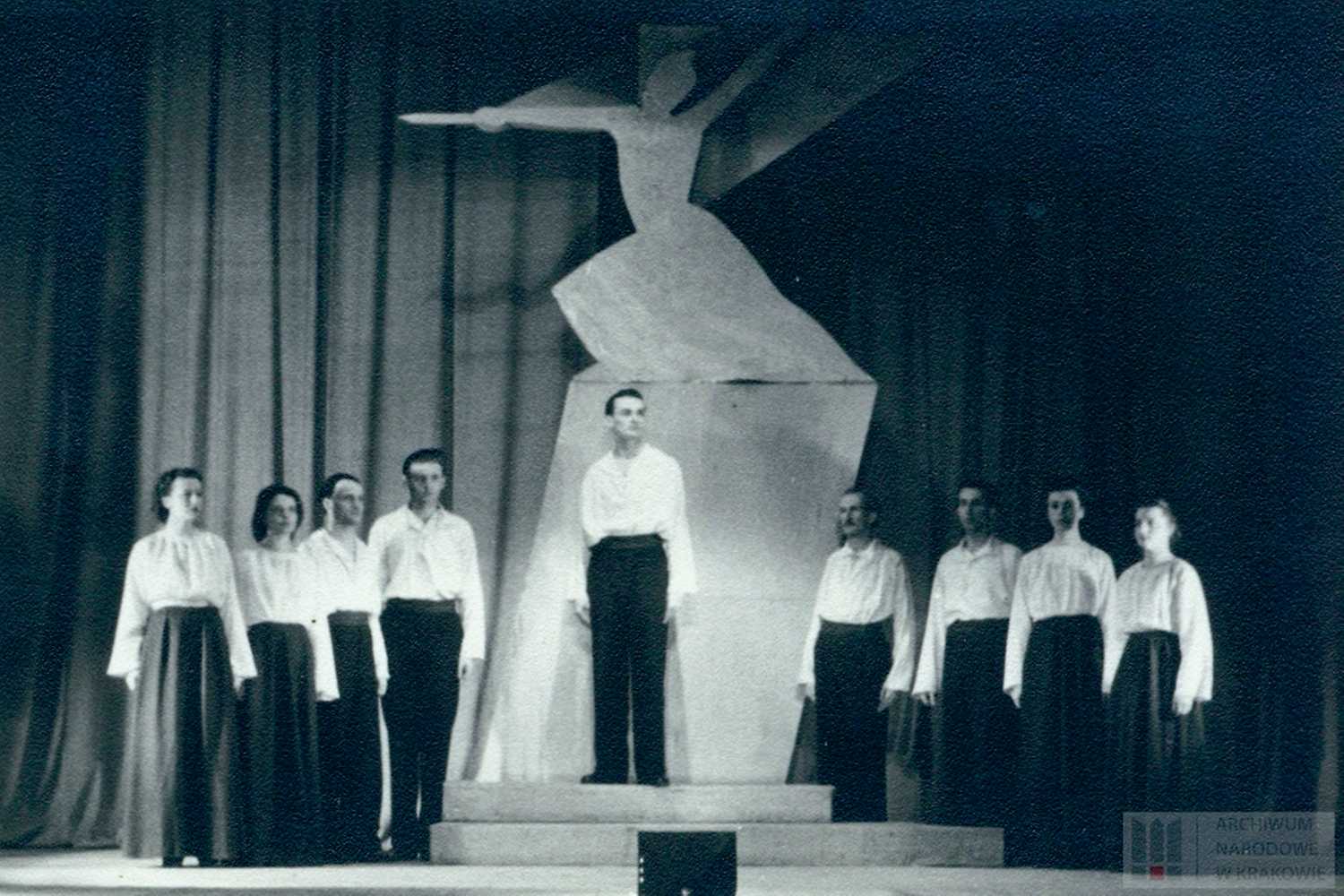 A soirée devoted to the theatrical thought and practice of Mieczysław Kotlarczyk on the 80th anniversary of the founding of the Rapsodic Theatre.

The meeting will be devoted to the theatrical thought and practice of Mieczysław Kotlarczyk. In 1942, a year after the Rapsodyczny Theatre was founded, Kotlarczyk wrote in his manifesto “Our Theatre” that "the main and most essential feature [of all our] activity is the cult of the Word, vivid and pure, (…) absolutely independent of conventional accessories of traditionalist theatre. It is a theatre without curtains and stage, without decorations, costumes and masks. Instead, it is a more focused, more spiritual, more interior theatre. The influence and power of this idea shaped for years not only the stage of the Rhapsodic Theatre managed by its creator, but also the group of actors faithful to him from the very beginning. It triggered a number of activities and phenomena, often exceeding the area of acting and professional theatre. The meeting, which will take place on 21 February at 7 pm, will be an opportunity to talk about those activities which have remained available to the contemporary audience and which are related to the rhapsodic doctrine of Mieczysław Kotlarczyk. The second part of the meeting will consist of presentations of voice interpretations of literature performed by the participants of the discussion and invited guests.