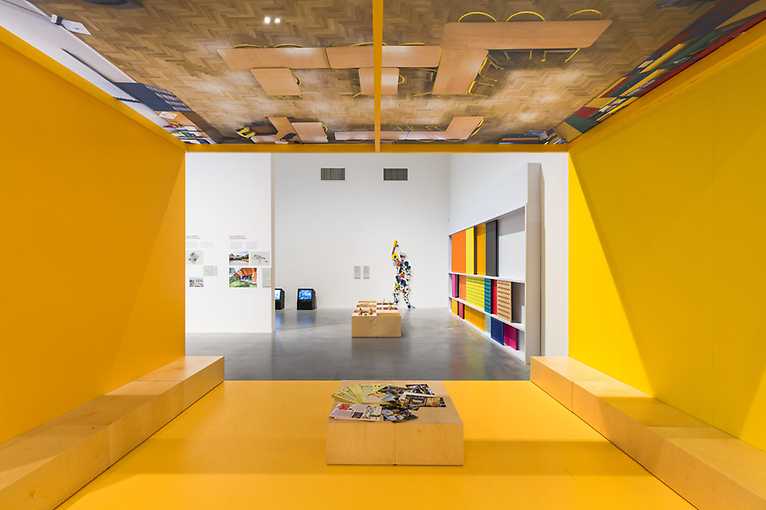 Organised by the Museum of Modern Art in Warsaw for the 13th time, the Warsaw Under Construction festival takes up the theme of education, asking the question “How to make school?” in its title. This comes at a time of heated dispute over the future of public education in Poland.

Everyone has experienced compulsory schooling and has their own answer to the question of what school should or should not be like. Reflecting on the challenges for education of the future, MSN listened to the voices of many communities: those who learn and those who teach, those who build schools and those who write books about them. We ask the title question at a time of pandemic-reinforced crisis in education. We are aware, however, that problems caused by lack of space, staff, resources or political tensions have occurred many times before and have been dealt with in different ways. The exhibition’s task is not only to diagnose the difficulties, but above all to look for solutions and corrective strategies, especially now, at a time of unstable organisation of everyday life and growing political pressure.

On the one hand, Warsaw under Construction is engaged in commenting on current affairs, while on the other it remains a festival dedicated to city design. As part of the exhibition How to Make a School? presented at the Museum on the Vistula River, we examine what qualities a school should have in order to best fulfil its tasks and ask what newly constructed buildings can learn from those built in the past. We take a synthetic look at one hundred years of designing for education in Warsaw – especially at the schools created as a result of the pre-war construction campaign of Mayor Stefan Starzyński (as an example of the forgotten heritage of Warsaw functionalism) and at the legendary “thousand-year schools”, i.e. schools-monuments of the Millennium of the Polish State.

The exhibition is a multi-threaded story that combines basic educational figures, architectural designs, photographs and artistic works. It looks at the tensions between top-down and bottom-up activities, searches for opportunities in other models of teaching to improve the existing system, and finally defines the role of the Museum as an institution that supports education in its programme over the long term.
The exhibition on school design has hit its stride. The Office of Architecture and Spatial Planning published a document this year entitled School Well Designed. The exhibition will include descriptions of the features of a “well-designed” school, selected examples of historical and contemporary implementations, above all those that made it to the final round of this year’s Architectural Award of the Mayor of the Capital City of Warsaw. The winners of last year’s Grand Prix, xy studio, which specialises in designing educational spaces, has been invited to co-create the exhibition.

Warsaw under Construction 13 is also an activity initiated around the festival. The sanatorium for female educational workers in Shumen, architectural walks around Warsaw schools or Basic Forms (an exhibition as a set of artistic instructions to be recreated at school) are project proposals that the Museum wants to include permanently in the programme of the institution. They will fulfil one of the basic tasks of the museum, which is building long-term relations with the educational environment and experimenting with forms of cooperation with schools as institutions.