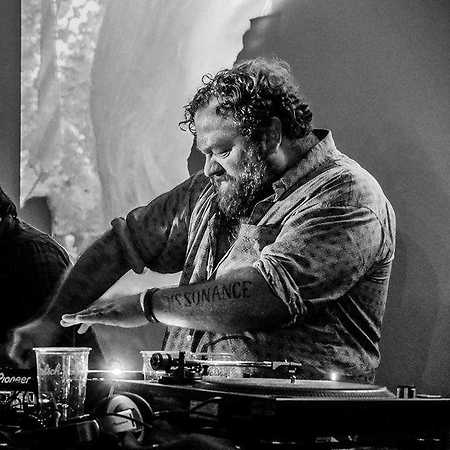 About Jake the Rapper

Jacob Dove Basker, better known by his stage name Jake the Rapper, is an American rapper, techno DJ and actor. He studied at the College of Fine Arts in Hamburg and works as a cartoonist and tattoo artist. In the early 00s, he was a resident DJ at Bar 25 in Berlin, where he is based today.

The artist was born in New York City and grew up all over the Norther half of the US. By the age of 14 he played in his first punk band. In 1990, Jake left America and moved to Hamburg, playing in several bands. In 1992, he began rapping first under the Die Patinnen moniker, then with the Jonas Schoen Sextett and as the leader of the jazz rap combo M.C. Eye & Blind Jazz.

In 2005 he moved to Berlin and released his first, self-titled LP, a mixture of hip-hop, electro and house. Soon he became a resident of Bar25 and styed until it closed its doors. Today he tours through Europe and is a resident of Kater Blau, where he also has his studio.