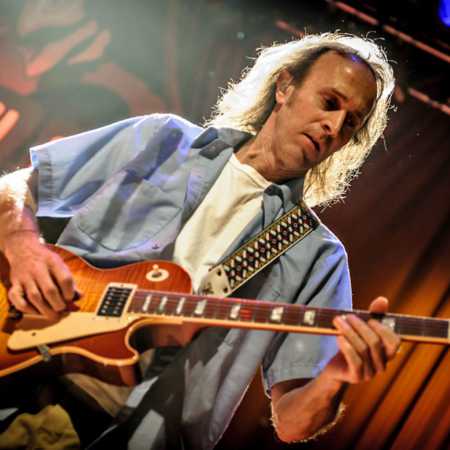 As a member of Zappa Plays Zappa (led by Frank Zappa’s son Dweezil) from its inception in 2006 until mid-2012, guitarist Jamie Kime has played every prestigious venue from London’s Royal Albert Hall, to New York City’s Beacon, to Los Angeles’ Greek Theater. In 2009, Jamie collected a Best Rock Instrumental Grammy Award for his work with the band. In October 2013, he performed with the Los Angeles Philharmonic for the much anticipated, sold-out premiere of Frank Zappa’s 200 Motels at Walt Disney Concert Hall in Los Angeles.

Additionally, Jamie has toured and recorded with a diverse range of artists from pop singer Jewel to powerhouse Texas blues vocalist Malford Milligan, and most recently with rock legend Dr. John. His guitar playing can be heard on a wide range of television shows as well, including Adult Swim Network’s Robot Chicken and the new NBC medical drama The Night Shift. He is also a member of the house band at the world famous Baked Potato jazz club in Studio City, CA, where he co-leads the Monday Night Jamz, currently in its 11th year.