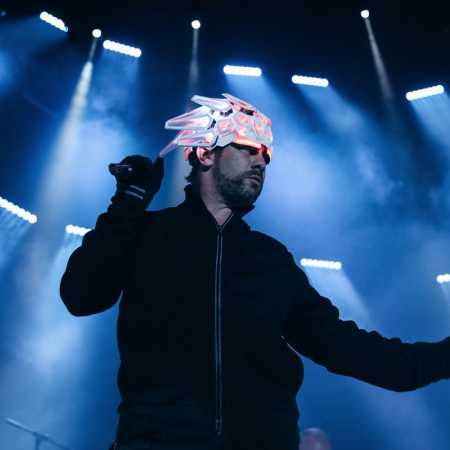 Jamiroquai is a British jazz-funk band from London, formed in 1992. Fronted by singer-songwriter Jay Kay, the group has changed its line-up several times. Derrick McKenzie (drums) and Sola Akingbola (percussion), who both joined in 1994, are still in the official line-up. They débuted as an acid-jazz band and have since explored other musical directions such as pop, rock, disco and electronica.

The group rose to international fame in the 1990s as one of the most prominent components in the London-based funk/acid jazz movement. Their 1996 album Travelling Without Moving, had entered the Guinness World Records as the best-selling funk album in history. Jamiroquai has thus sold more than 26 million albums worldwide, including US sales of 2.5 million copies sold. Front-man Kay won a BMI Presidents Award, and with the band, also won an Ivor Novello Award, as well as winning one Grammy Award, two MTV Video Music Awards, and receiving 13 Brit Award nominations during the course of their career.