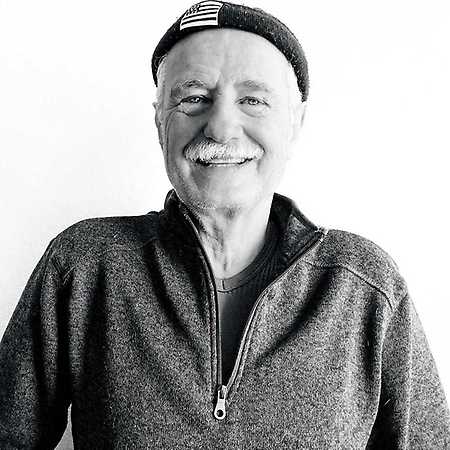 Jan Ságl, born in Humpolec, Bohemia, in 1942, is a pioneer of color photography in the Czech Republic. Photographing in color since 1979, even back then he demonstrated the legitimacy of this medium, going against the majority that championed the allegedly unique artistic possibilities of black-and-white photography. The public is most familiar with his landscapes: the land with its memory, exploited by people, with tilled fields and the remains of vanished civilizations, with cultural accretions and changes. Apart from landscapes, Ságl searches for inconspicuous corners in cultural metropolises, particularly in Paris. Working with international agencies and periodicals (including Zeit Magazin, Smithsonian Magazine, and National Geographic) he is continuously on the road. The works he has made strictly for himself developed from his being in contact with the art scene, which he first became part of as a photographer for art periodicals, and then in the artistic design of concerts by psychedelic bands, which he executed with his artist wife, Zorka Ságlová. After the Soviet-led intervention in Czechoslovakia in 1968 the Ságls found themselves socially isolated, and decided to move to the countryside, where Ságl’s fully developed his conception of landscape photography. His artistic endeavors are to some extent influenced by trends in conceptual art, but he is primarily concerned with the expression and context of what is photographed, rather than merely summarized abstracted form.