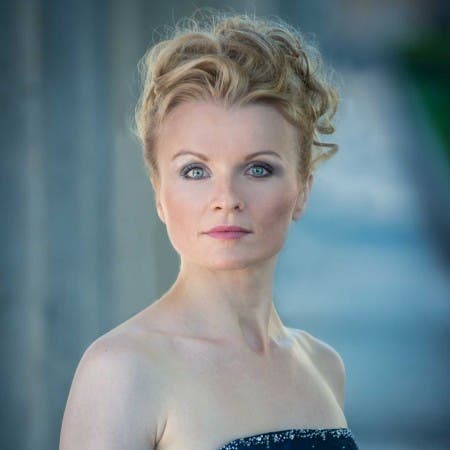 The outstanding Slovak mezzo-soprano Jana Kurucová is a multi-talented musician: besides operatic singing she holds diplomas in piano, organ, choral directing, and vocal pedagogy. For more than a decade she has been appearing regularly on operatic stages especially in German-speaking countries, specializing in Mozart and Vivaldi. Since the 2009-10 season she has been performing as a regular soloist with the German Opera in Berlin, rendering numerous roles in operas by Humperdinck, Verdi, Mozart, Janáček, and Puccini. In the Prague State Opera she appeared in the title role in Bizet’s Carmen and as Donna Elvira in Mozart’s Don Giovanni. She also sings concert repertoire with relish, performing in many important venues both at home and abroad in such works as Beethoven’s Mass in C, Mozart’s Coronation Mass, and Pergolesi’s Stabat Mater.