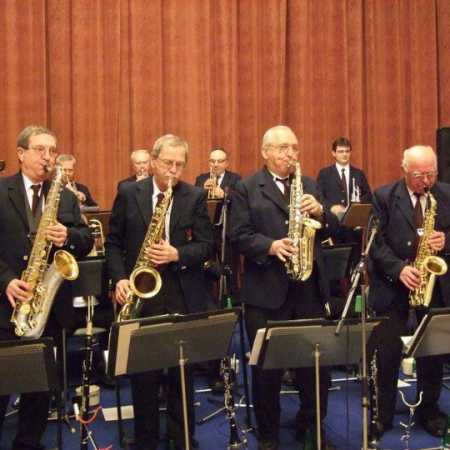 Brno Jazz Archive is swinging big band – has been working for almost 40 years under the leadership of Mr. John Koukala. The orchestra was founded in the cellar ORNIS DPM at Brno in 1969 originally as the 8-member grouping of players playing New Orleans jazz focus (initially only a “head arrangement”), which progressively with increasing number of musicians slowly erupting into Chicago style jazz. At that time, the played first written arrangement from the pen of some members of the orchestra., in 1979 expanded the range of players Mr. Jaroslav Studenka, on whose initiative the orchestra was then added to the cast full big band playing as arrangements of songs from the repertoire of the world’s leading orchestras (eg G. Miller, C. Basie, S. Nestico, D. Ellington, B. Goodman and others), as well as our great bands (eg G. Brom, K. Vlach, Big Band Radio Praha, Brno Radio Big Band). Apart arrangement has been accepted by early eighties music archive band also completed their own compositions and arrangements authors from the past and present players big band. initial orientation big band orchestral arrangements were extended after the arrival of the singers sung about the song. – Translated by Automatic service