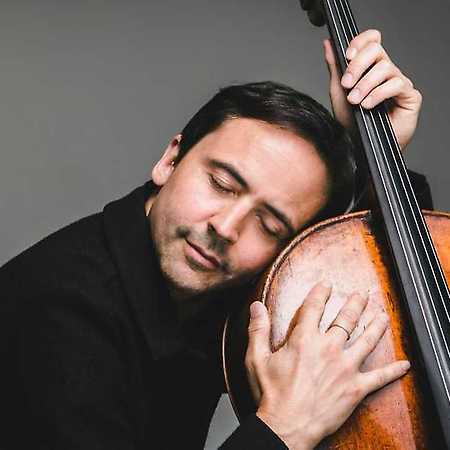 French cellist Jean-Guihen Queyras is one of the most striking instrumentalists of his generation, prized for his absolute humility and devotion to the musical work. He appears as soloist with some of the foremost orchestras of the world including the Philharmonia of London, L’Orchestre de Paris, the Tokyo Symphony, and the Tonhalle Orchestra of Zürich, working with conductors Leonard Slatkin, Iván Fischer, Philippe Herreweghe, Yannick Nézet-Séguin, and Roger Norrington among others. His discography is extensive, with works ranging from Vivaldi, Bach, Mozart, Haydn, and Beethoven through Schubert, Schumann, Dvořák, and Tchaikovsky all the way to Britten and Ligeti. In 2004 he recorded Dvořák’s Cello Concerto in B minor under Jiří Bělohlávek. His compact discs have won many honours including the prestigious Diapason d’Or. He plays a precious instrument from 1696 by Gioffredo Cappa.