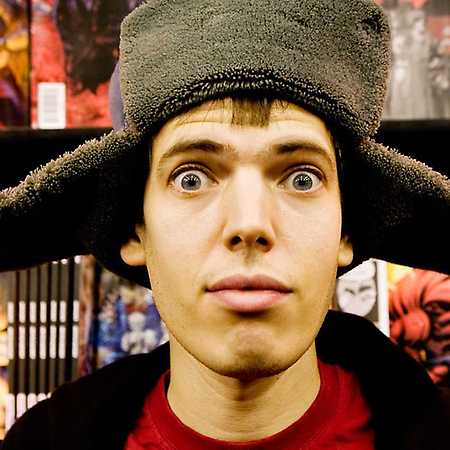 Jeffrey Lewis  Back When I Was 4

Jeffrey Lewis is an American singer-songwriter and comic book artist. He became known as part of the anti-folk movement. His style is influenced by the folk and punk scene in New York, especially in Greenwich Village and the Lower East Side, although he also refers to other sources such as the British band Crass.

He grew up in the Lower East Side of Manhattan, and his songs are very much influenced by this environment. He also deals with the history of this music and is considered an excellent connoisseur of the history of this particular scene. He processes his knowledge into quite self-ironic songs like The Complete History of Punk. He puts some of his musical influences in songs like The Chelsea Hotel’s Oral Sex Song (alluding to Leonard Cohen’s Song Chelsea Hotel #2) and The History of The Fall. As with Cohen, Lewis’s lyrics are very complex, often combining a depressive worldview with the hope of recovery, combined with stinging wit.