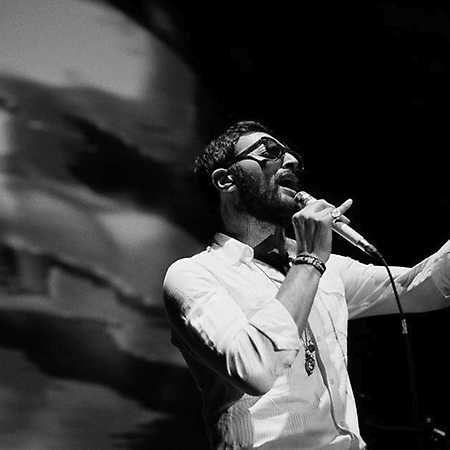 Jerusalem In My Heart  (live)

About Jerusalem in My Heart

Jerusalem In My Heart was founded in 2005 by the Lebanese producer Radwana Ghazi Moumneh (he produced, for example, Matany Roberts’s last album) - has been heavily involved with the Canadian experimental scene since the 1990s and is actively involved in Beirut. In 2013, JIMH’s debut “Mo7it Al-Mo7it” (Constellation) debuted. Already on the first encounter with the music of the Lebanese, it was noted his unique voice (unusual melodies), and there was experimental electronics and the sound of traditional instruments (buzuk, zurna).

GoOut.net > Artists > Jerusalem in My Heart