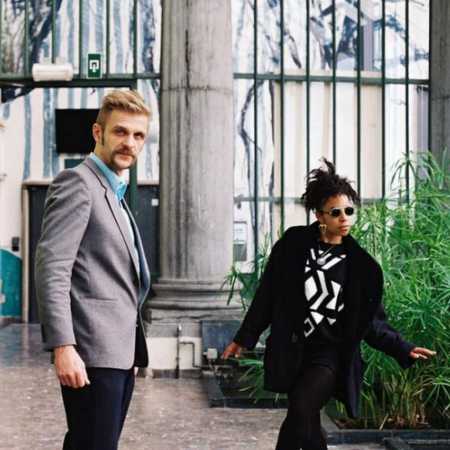 Joy Adegoke and Wim Janssens are partners, in crime, in music and in life. Since 2009 the pair has performed as Joy Wellboy, singing, strumming and sharing their love. They write their first songs together in Brussels, their hometown. As a result of this fresh collaboration, Joy Wellboy releases a first single in 2010 called Flush Me, a dark anthem where Joy sings her heart out in order to get to the light. The video directed by Jozef Devillé, in which Joy rises out of a pool of clay, is a gloomy piece of work that shows the visual strength of Joy Wellboy for the first time. In that same period Joy Wellboy hooks up with booking agents in France and Belgium and starts performing live. Some labels propose deals to the band, but none of them seem to fully fit the spirit of the band. Joy Wellboy is not going to compromise. They need fresh input and decide to head for California where they make a road trip. During their 3 month stay, they shoot 12 short movies and record the soundtrack on the road in tents and motels.
The soundtrack Surfing the airwaves, looking for gold is released shortly afterwards. They also shoot some acoustic versions of Joy Wellboy songs in open air. The Movement Song , Buy Me Flowers and We Need A Plane are performed with Death Valley as a backdrop. These simple versions show that they can bring their music to life with a very basic set up: one guitar, one voice, reverb. Ellen Allien gets to see some of these video’s and contacts Joy Wellboy. A few days later they meet in Berlin. Their energies match and they start to work together. Joy Wellboy keeps their artistic freedom and gets positive input from the label. Back in Brussels they record and finish the songs for their first album. After the recordings they decide to move to Berlin, to work closely with the label. In sept 2013 they release their debut album Yorokobi’s Mantra on Bpitch Control . The album gets raving reviews. The first single Lay Down Your Blade is a duet. It draws a lot of attention. Its basic video, shot in one room with one light, catches the spirit of the song perfectly. Lay down your blade gets airplay on different radio stations in Germany, Switzerland, Belgium and Turkey. The song is chosen number 1 in the listener’s top 25 of 2013 on Radio Eins, Germany. In 2015 they released their second album Wedding.