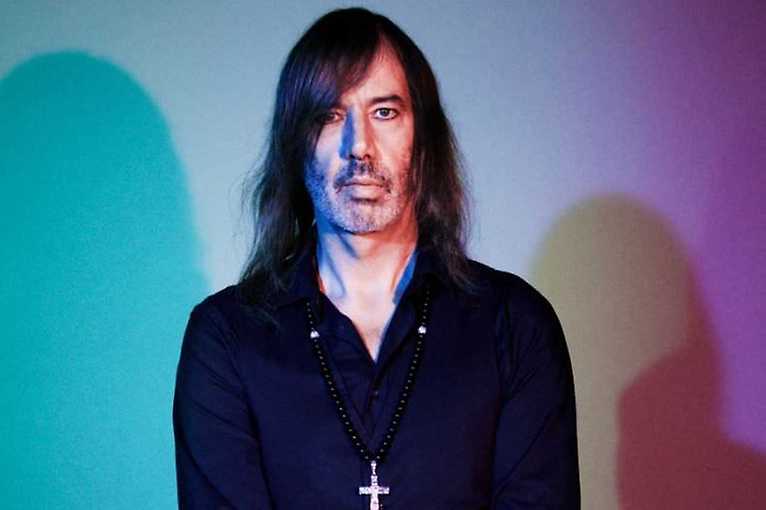 Jozef van Wissem and Fraktali concert in the Club RE in Krakow.

Van Wissem is constantly touring, playing both large festivals (including Primavera Sound, All Tomorrow’s Parties) and small, intimate concerts in music clubs around the world. For several years, the Dutchman has been collaborating with Jim Jarmusch, with whom he has so far recorded two albums. His 2012 album, The Mystery of Heaven, features a guest appearance by actress Tilda Swinton, who played the lead role in Only Lovers Survive. Van Wissem also teaches at Harvard, Wesleyan University and Mills College, where he teaches a course called Lute Liberation. The National Gallery in London commissioned the musician to compose the soundtrack to Hans Holbein’s painting The Ambassadors, he is also responsible for the soundtrack to the computer game The Sims Medieval, and recently he has been increasingly involved in composing film music. He has released over a dozen solo albums.

Fraktale is a quartet from Krakow, Poland, that combines experimental, psychedelic and dark jazz music. Formed in late autumn 2016, so far they can boast two studio albums - I, and II, as well as a live release On the Road. They are inspired by the courage and unconventionality of artists such as Ornette Coleman and Albert Ayler, redefining the approach to jazz at the time, musical experiments like La Monte Young’s “drone music” based on bourdon sound, up to the first music and multimedia performances Exploding Plastic Inevitable by Warhol and the Velvet Underground.

6:21 264 ×
Jozef van Wissem  On the Incomparable Nobility of Earthly Suffering