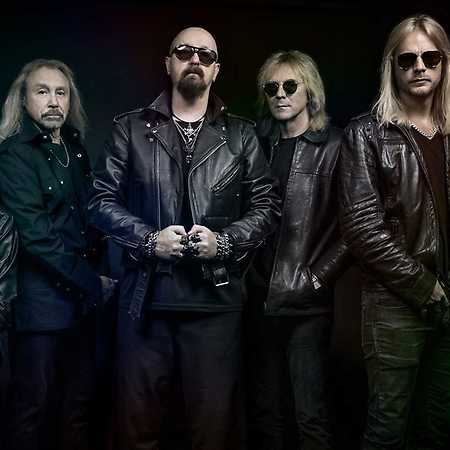 Judas Priest, a British heavy metal band from Birmingham, revolves around singer Rob Halford. It was founded in 1969 as a blues band and is still considered the main influence of many metal bands. Their sound evolved into heavy metal in the 70s. Hits like Breaking the Law and Living After Midnight brought the band commercial success. The cult album British Steel was released in 1980 is partly responsible for the high phase of the style New Wave of British Heavy Metal. Screaming for Vengeance from 1982 brought them double platinum in the US. Released in 1990 Painkiller showed a new, tougher side of the band with Doublebass.

The band evolved into one of the most-heard and influential metal bands in history, appearing on numerous festivals alongside such greats as Motörhead, Ozzy Osbourne and Scorpions, and is considered a role model for many other groups in the metal scene. A large number of bands named themselves after their song names, including Exciter, Running Wild, Sinner and Steeler.