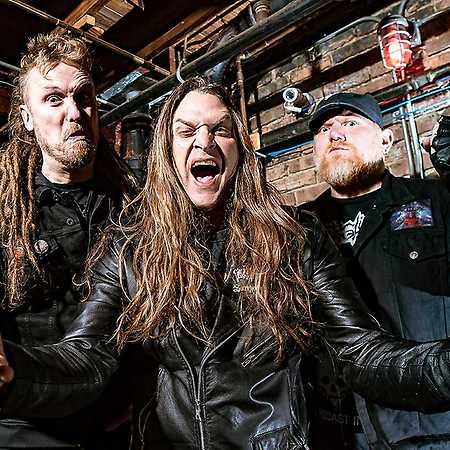 Jungle Rot  Rise Up And Revolt

Jungle Rot was founded in 1994. After the first two demo recordings, the band received a contract with the American independent label Pure Death Records, which appeared in 1996, the debut album. Next year, the second album was released, which was re-released on Pulverizer Records and a year later on the much larger label Pavement Music. The EP Darkness Fortold was released on the small label SOD, which is led by the makers of the underground music magazine Sounds of Death. The following two albums were released via Olympic Recordings. Since 2005, the band has no contract with a label, the last album War Zone was self-released and sold through Crash Music, a US distributor. Furthermore, a live recording of the band was released by the German Fuck the Commerce Festival in 2006. Among their releases are Skin the Living (1996), Slaughter the Weak (1997), Dead and Buried (2001), Fueled by Hate (2004), Order Shall Prevail (2015) and the self-titled album 2018.